The importance of free play 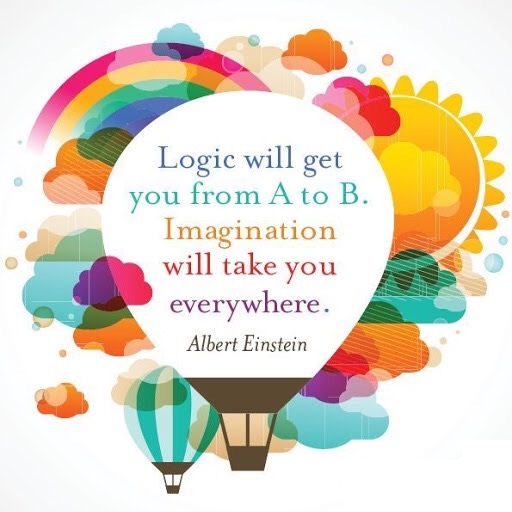 Most of the learning done in preschool is done through play and active, dynamic activities, however, this is generally led by a teacher. In this post, I’d like to talk about free play when it is child-led (and you know I love child-led learning).

What is free play?

Free play, by definition, is an unstructured play that children take part in and is led by them, rather than adults. I have seen first-hand, the importance of free play in preschoolers, and the skills that it enhances.

Why is free play important?

Free play is important for preschoolers as it enhances their social skills, their confidence, their imagination, and their independence. Free play can take place within the classroom, or outside – should the preschool or daycare be fortunate enough to have an outside area.

I have had parents speak with me in the past and ask that I, and therefore my colleagues, plan and prepare games for children during their free playtime. This was most frequently requested – though I have to say that it’s only a handful of parents who have spoken of this – with regards to outside free play.

The first time this was brought up, I am sure that my amazement was very obvious! I explained to these parents all the reasons why children should take part in free play and that it is just as important as the rest of their learning experiences at preschool.

I speak about social skills in many of my blog posts as I believe that the development of social skills is one of the key reasons to send a child to preschool. Free play develops social skills with all ages and should be encouraged from the start of each child’s preschool experience.

Free play enhances social skills in preschoolers as they begin to acknowledge and enjoy the company of other children.

I’ve known children who really only have experience playing with their parents and caregivers and were very used to everything within their play going their way. By playing alongside other children without an adult’s direct influence, children improve their communication skills, problem-solving skills, and understanding of others.

In the international schools I’ve worked at, I have often seen children speaking English far more during free play than in lessons. This is because they have the motivation of communicating with others and making friends.

Free play, whether inside or outside, can be met with challenges as children may not know how to use a toy or do a puzzle, for example. Personally, I am a “learn by doing” learner and free play helps children who learn in this way too. What I mean is, if something is constantly done for you, there is no reason to learn how to do it yourself.

During free play, children can explore, discover, and understand how things work by themselves, thus enhancing their confidence in themselves.

There are few things, for someone who works with children, as entertaining as children’s imaginations.

A couple of weeks ago, I went to an art show where I bumped into a family I knew. The show was on Japanese Calligraphy and, alongside the beautiful pictures, there were also the brushes used to create these pieces.

One of the children took it upon himself to be our guide and showed us all the pictures and tools on display; you would be so surprised at how many pictures, in his mind, were actually of ninjas! I wish I could remember all the explanations he gave us as they were so clever and entertaining. My favourite, however, was that one of the beautiful brushes used to paint this calligraphy was, in fact, is a horse’s tail that shoots arrows out of it.

Anyway – sorry for the tangent, I very much wanted to share that example of imagination – free play helps develop and encourage imagination in a way that adults cannot teach. We may see a firefighter’s hat as being just that, but a child sees it as a portal to a world made of fire (a child has genuinely said this to me)!

Imagination helps develop problem-solving skills, critical thinking skills, creativity, and understanding which are all key to a child’s future learning.

My favourite thing to talk about! Free play encourages independence and ties in with imagination: children can make up their own games, their own roles, their own rules, and their own outcomes. By allowing children to play freely and independently, their sense of autonomy is boosted and improved and their ability to problem solve is developed.

Independence in free play also ties in with social skills; many children will realise and understand that their behaviours can impact their play and who they play with.

For example, I have had children in my classes who would snatch toys away from others, use “not nice” words, and dictate and dominate play. Of course, children will come to us, as teachers, and either “tell tales” on this behaviour or complain that no one wants to play with them.

As teachers, as adults, we can explain and model appropriate behaviour as much as we want, but it is in these social situations where children experience first-hand how their behaviour affects themselves and others.

Children are not always able to play by themselves and need the assistance of adults. In toddler classes, where children are two years old, it is common that children will still be engaging in parallel play. As teachers, we can facilitate interaction between children when they begin to show an interest in each other.

In classes where the children are older, but they are new or shy, I have often begun to play “alone” with a toy or puzzle that I know children are interested in. The modelled behaviour leads children to come and join in, or ask to join in. As more join, I slowly remove myself from play so that the experience of free play can be enjoyed without it being dictated by me.

In my experience, free play outdoors can be a lot easier for children as they have more space and freedom to explore.

Free play outside is great to observe as the stories, games, parts, and role-play that children come up within this more “open” environment. Whether it be a game of catch, mummies and daddies, knights and ninjas, or just plain racing, free play outside is an important and fun learning experience for preschoolers.

This can be an interesting one and I bring it up because I don’t think everyone sees its importance. Within the last few years, whether it be factors like technology, or for any other reason, I have noticed more and more children who are not able to engage in independent free play.

One example that comes to mind was a child who joined my class a couple of years ago: he’d attended school before, his communication skills were appropriate for his age, but he was really uncomfortable when being outside and frequently asked me when it was time to go inside.

After seeing this over a few days, I saw that he also struggled to entertain himself during free play indoors as well (as it was summer, we were outside for a large portion of the day). So, of course, I would play with him and encourage him to play with other members of the class as I spoke about above. However, it was really hard for him once I withdrew from play.

I could have stayed and played alongside the children but that would have defeated the point in their independent free play and the development of all these skills we’ve looked at! So, I asked him mum if he played by himself at home. Her answer? No, we always play with him and entertain him. We then had a discussion where I listed all the reasons I’ve written about and the importance for children to play freely and independently. It took some time, it took some coaching – his mum was so sweet and always asked for “free play homework” from me – but he eventually was able to play with other children and, equally as importantly, by himself.

The importance of free play

As adults, as teachers, it is our job to teach children the skills I’ve written about above and to prepare them for their future experiences. The importance of free play, in my opinion, should never be overlooked and should be included in the daily routine of every child.

What are your thoughts on free play? Is your child independent in their play? Do you have any tips for encouraging independent free play? Please share any tips that you’ve found useful too.

Tales from a teacher 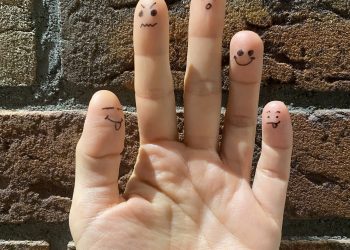 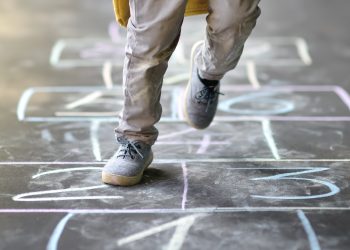 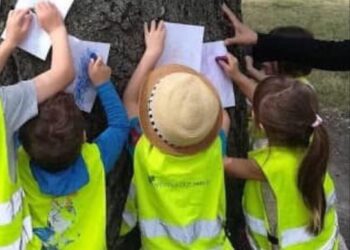 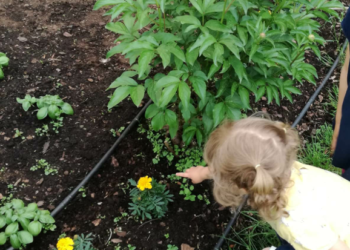 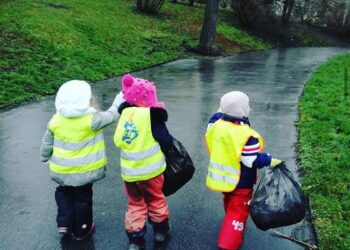 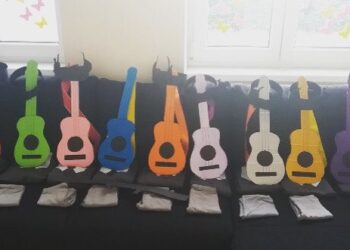 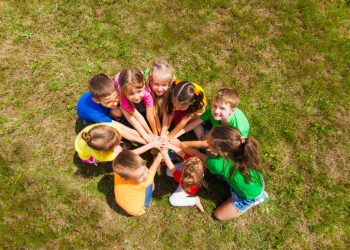 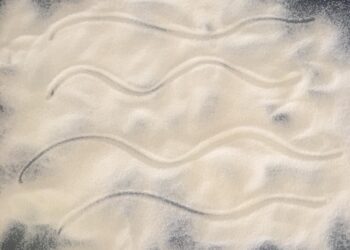 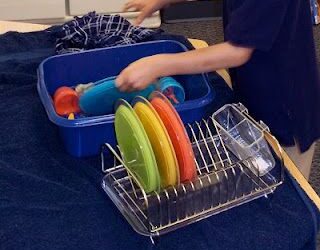 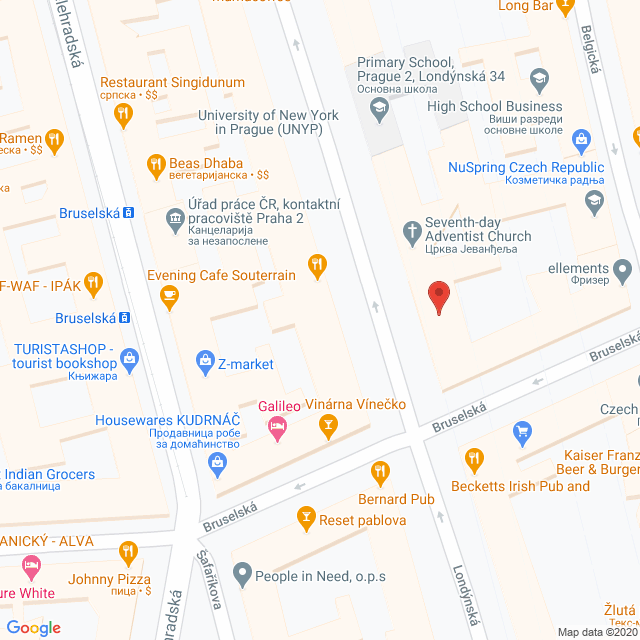